We would like to welcome Louis Wilson to the One Metre Barra Club with this impressive 102 cm Barramundi he caught on the Fitzroy River in the Kimberley WA. He was using live mullet which his father Scott said were “Nearly as hard to catch as the Barra was.”On the bite Louis free spooled the bait then struck to set the hook at just the right moment. The fish hit the surface, not jumping but just giving everyone on the boat a good look. “She was huge and took off for the nearest snag.” said Scott. He went on to say “By the time we let the anchors go she was into the snag and Louis had his hands full getting her out.” After what probably seemed like an hour but was more about 10 mins he had her at the boat where his mum Tracey sealed the deal with the landing net. After a couple of photos and a measure on the brag mat this beauty was released. “It was a top effort” said Scott. We could not agree more and think that this fishing family will have more adventures to come. With Louis being 10 years of age and having caught a 102cm fish already he will be looking for a 120 or bigger next!  By the way for the tackle guys Louis was using a Shimano Calcutta 400 and a G.Lomis rod. Again a big congratulations to Louis on his entry to OMBC. We hope your smile will always be as big as your fish! 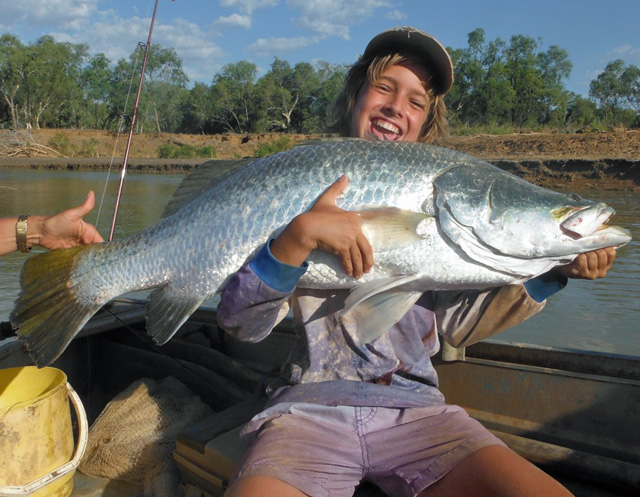 Simon Foley claims that ” I’m not much of a fisherman” but whilst staying at Home Valley Station  he went on a half day fishing charter with Tom and his opinion may have change. Simon had been on a 5 month trip across Northern Australia from May to October and this fishing afternoon turned out to be one of the biggest highlights for him.  Simon tells us that it was an extraordinary day and at 5 pm in the last few remaining minutes before packing up the fish started biting!  This big fish grabbed Simons popper lure and the battle was on. He went on to say ” The gear was pretty light not sure of the exact breaking strain but it took 20 minutes to land. What a magnificent fish.” We agree Simon and would like to welcome you to the One Metre Barra Club. Things got a little muddy for Simon as you can see and I’m sure wearing a white shirt fishing is something he will not recommend but hey if you catch fish like that why not? Congratulations Simon good job! 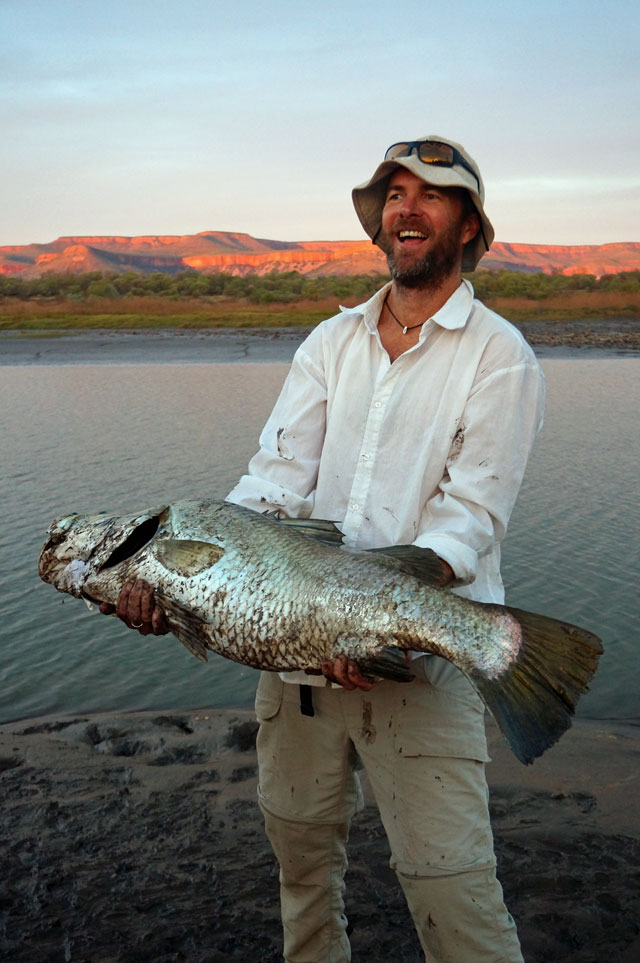 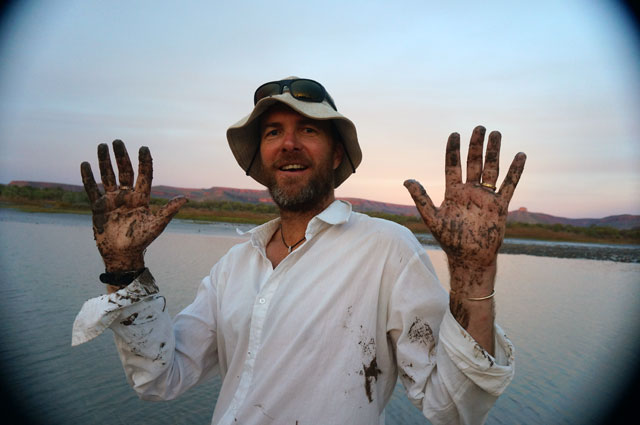