Greg Whitley takes the honor of being this first OMBC member to have the first Barramundi over 120cm entered to the club. Greg 124 cm fish was caught with guide Paul Dolan at Monduran Dam. Congratulations Greg! 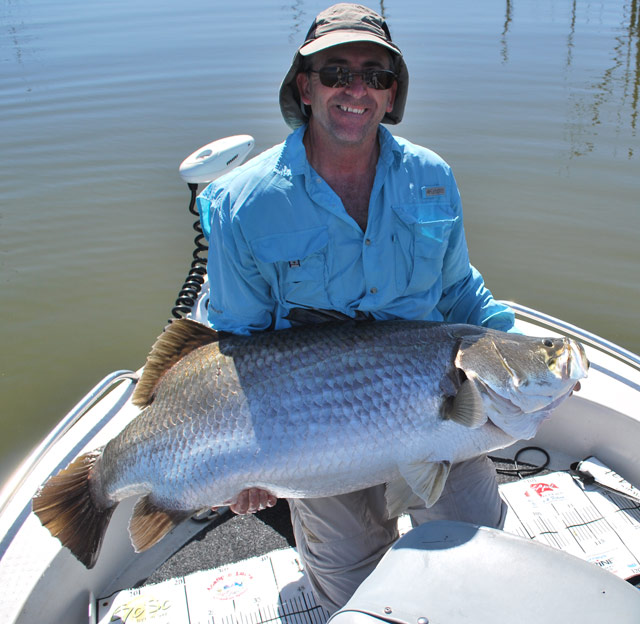 John Schofield enters the club with this 106cm Barramundi on fly. He was fishing with guide Paul Dolan on 17.12.09 using the “Dancer” fly developed by Paul. 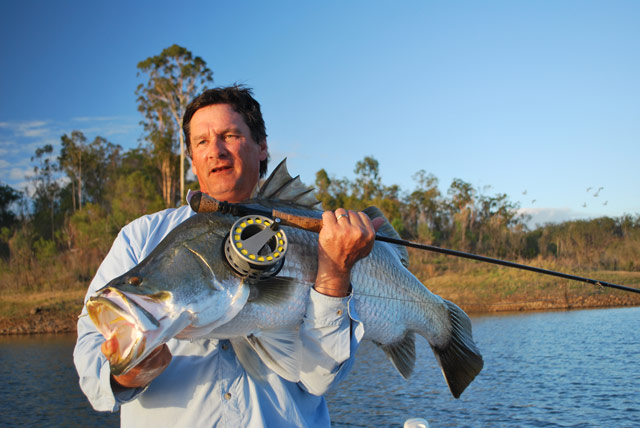 Son Matt Foster does a little better than his dad Rob with a 105cm Barramundi from Monduran Dam. He was also fishing with guide Paul Dolan. 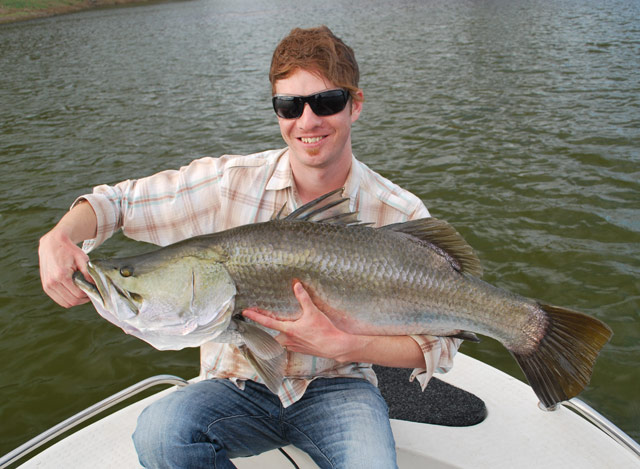 We have a father and son entry to OMBC . First the Dad with his 101 cm fish from Monduran Dam fishing with Paul Dolan. Welcome Rob Foster. 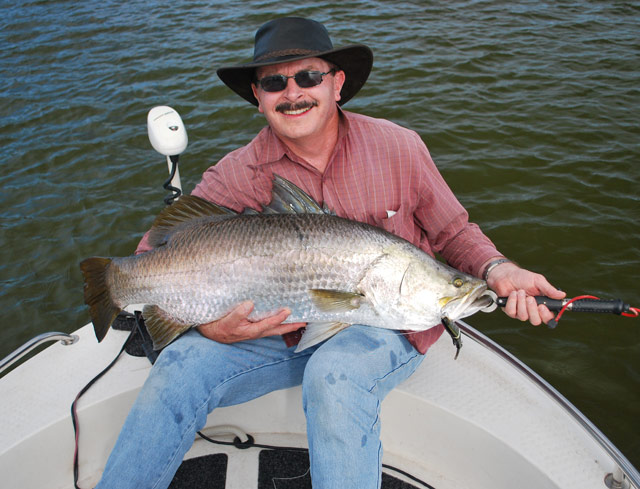 The very first member of this club is the guy whom gave me the inspiration to put this site together. A great friend and awesome all round angler Paul Dolan has been at the bleeding edge of impoundment fishing in Queensland for some time now. He has been active in fish stocking in Southern Queensland and operates a guide service for both fresh and saltwater species from his home base of Hervey Bay. Paul had caught his first metre Barra’s long before this fish but because I was with him this day and documented it this will be the fish that enters him into the club. 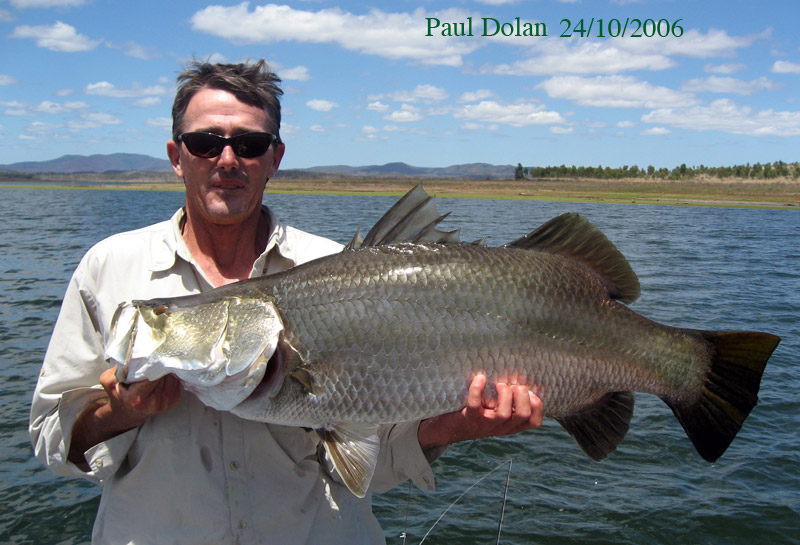