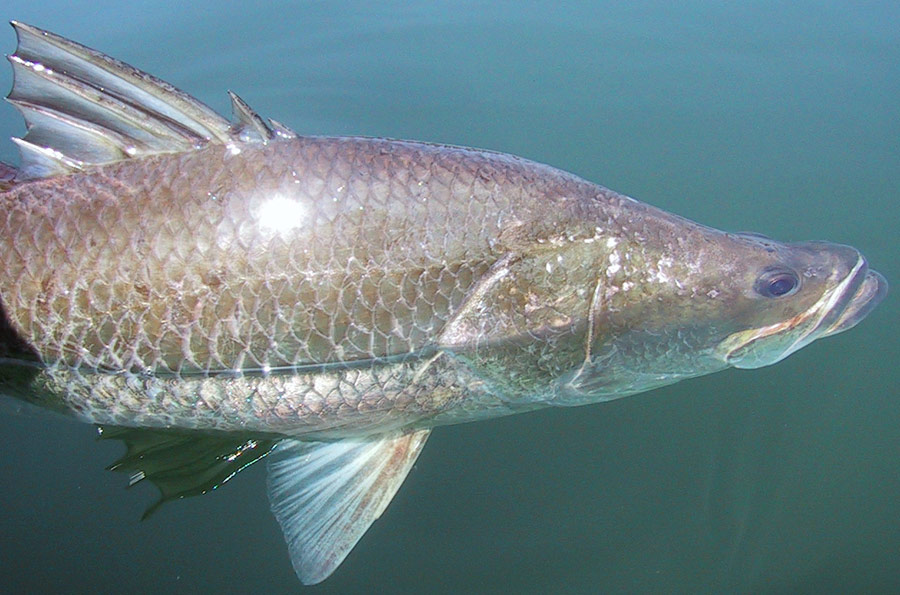 What is the Barramundi life cycle?

The Barramundi produce eggs between the months of September and March with the build up period from October to December being the most important. Barramundi eggs and larvae require salt water and spawning normally takes place in Marine Bays and river mouths. Juvenile Barramundi (5-50mm) move with the high spring tides into mangrove and wetland habitats, which offer both protection and a wide variety of foods. As the wet season comes to an end and the flood plains begin to dry, the juvenile Barramundi (now 200-300mm) migrate up the rivers into the freshwater billabongs. If the young do not have access to fresh water they will probably remain in coastal and estuarine areas to mature. After three to five years most of the freshwater Barramundi migrate back to the ocean to spawn.

How old is my Barramundi?

The Barramundi’s age is determined by counting growth rings on their scales or ear bones (much like counting the growth rings found on a tree). There are many factors that can effect the growth of a fish, for example, fish from an early spawning have a head start on those fish that are spawned late and will generally be larger by the end of their first year. Food availability and water conditions also affect the rate of growth.

Examples of typical length to age relationship are:

Is it Male or Female?
Barramundi change sex from male to female. The size of the Barramundi can be a good indicator of the sex of the fish. Most Barra mature as males (about 50-60cm) and start to change sex at around 90cm but only if they live in saltwater.

What do Barra eat?

Barra are voracious opportunistic predators. They eat just about anything that lives in or around water, including insects, spiders, small crocodiles, prawns, fish and each other. The size of the prey is largely determined by the size of the Barra. A larger Barramundi’s diet consists of 60% fish and 40% crustaceans (mainly prawns), smaller Barra eat mostly prawns. This will vary according to where the fish is living. One fish that stands out in a Barra’s diet is catfish. It has been found in the stomachs of Barra with the spines protruding through the stomach and into the body cavity! Tough Fish!! Barra can take prey up to 60% of their own total length.

How much can Barra see in dirty water?

Vision is probably limited in dirty water. Barramundi utilise what is called a lateral line, which is a sensory organ that runs down both sides of the body. The lateral line enables fish to detect vibrations in the water and so be able to locate prey and avoid predators.

The question of whether it is the colour or action of a lure that attracts the fish is difficult to answer, however it is probably a combination of both.

Fish bits ~ did you know?

Barramundi are thought to live to around 20 years of age

Large female Barramundi can produce 32 million eggs in a season

Barramundi can travel great distances in their life; on fish was tagged and found 622 kilometres where it was again caught.

Reference: Northern Territory of Australia, Primary Industry and Fisheries, Fishnote No 27 of September 1999 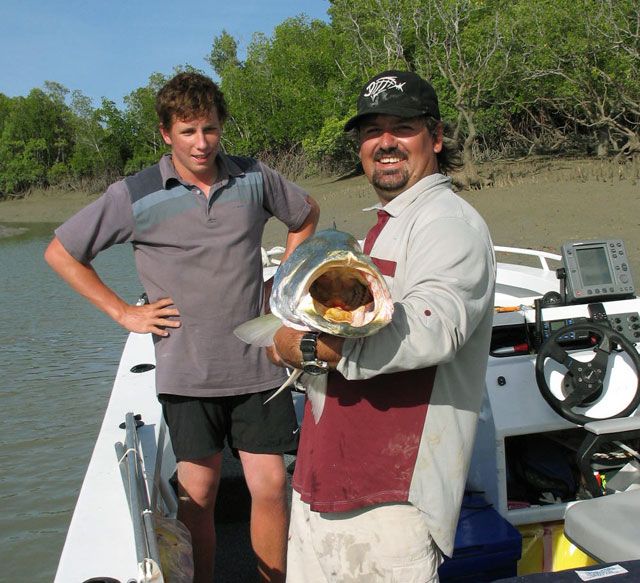