We would like to welcome another member to the One Metre Barra Club. Bruce Cohen has been a keen fisherman since his father taught him as a youngster. Since those days he fished many locations around the world catching anything from trout to marlin but he really got the Barramundi bug on his first trip to Bamaga in Far North Queensland.

For Bruce’s entry in to OMBC he gives us this 101 cm fish from the Daly River, NT. This was his second trip with Carl of  www.darwinbarraandcrab.com  after having had an awesome time in 2011. Actually Bruce was fishing with his two friends Les and David whom all caught metre plus fish. Les Brem of course was our previous entry and all members of this team are already looking forward to the 2013 run off.

Congrats Bruce and welcome to OMBC. 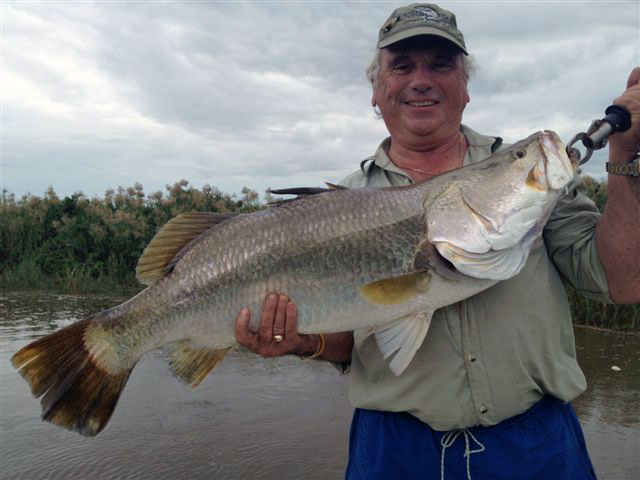